Using a VPN is an obvious solution when you are connected to internet on an untrusted network. Instead of paying a subscription to a VPN service, I decided to create my own VPN server. It turns out that this is much simpler than I expected.

In this article, I briefly explain what is a VPN and its advantages. I then explain how I built my own VPN server.

If you are interested by a VPN client, please have a look at my open source VPNStatus. It contains advanced functionalities compared to the macOS built-in VPN status menu:

What is a VPN?

When you are browsing internet from your iPhone or Mac at home, the communications go through your ISP (Internet Service Provider) via your router. Here is a simplified overview of the network:

The ISP controls your internet connection, and could theoretically monitor the unencrypted data you send and receive. For an encrypted connection, like when visiting an https website, the ISP doesn’t see the data but can still see which website you visit.

While I have no concerns about my ISP, this is a different story when I am on an untrusted network, for example when using a WiFi hotspot or when traveling. On such a network, someone could use a man-in-the-middle attack to monitor the traffic:

A VPN, or Virtual Private Network, is a technology that allows you to create a secured and encrypted connection - often referred as a tunnel - between your computer and a VPN server. While you are connected to a VPN, all the network communications pass through the tunnel, and nobody can see the traffic until it exits the tunnel and enters the public internet. This will protect your communication on an unsecure or untrusted network. The following graph gives an overview of the network when using a VPN. Note that the red line between the devices and the VPN server corresponds to the encrypted communication that can’t be monitored:

Advantages of a VPN

Now that we explained what is a VPN, we can see some obvious advantages:

Why not subscribing to an existing VPN service?

There are a couple of available VPN service providers. The free providers have either a lot of limits or have dubious privacy policies.

There are also some commercial VPN service providers. However even for these services the privacy policies are not always unambiguous. Some providers seem to log connection information and overall the security of these services is not clear. Why would you subscribe to a VPN provider if the security is worst than using your regular connection?

Finally the price from a well-known provider is approximatively $10 per month. How much would it cost to build your own VPN server?

As we have seen, a VPN has several benefits. Depending on what you are doing, you might be interested specifically by one aspect more than others. In this chapter I describe what I needed. If you want to build your own VPN but have different needs than mine, you might want to use a different solution.

So here is the list of features I wanted:

There are other features I don’t really need:

A server with a good performance/price ratio

Since I wanted the VPN server to be always running and outside of my house, I needed to find a server at an affordable price. I ended up taking a VPS or Virtual Private Server from OVH. Their VPS SSD 1 offer is perfect at an affordable price of 2.99€/month. In the US, you would get it for $3.35/month:

Here are the specs of the VPS:

If you want to get more information about the OVH VPS offers, you can use the following links:

Setting up the VPS

You can also pick the location of the VPS, which determines the IP address:

Once the server is initialized, you can connect using ssh: ssh root@xxx.xxx.xxx.xxx

For the VPN server, I decided to use Algo VPN which is perfectly described in its README:

As you can see, it fulfills perfectly my needs. It is simple to use on the client side, seems secure by only supporting IKEv2 with strong crypto. It can be installed on your own Ubuntu 20.04 LTS server. And it even supports an ads blocker which I didn’t really need.

If you chose the save the CA certificate during the deploy process, then Algo’s own scripts can easily add and remove users from the VPN server:

After this process completes, the Algo VPN server will contain only the users listed in the config.cfg file.

You will need to download the mobileconfig files generated for each user and send this file to the user that want to use the VPN:

Now that the VPN server is running, and the users have been added, setting up the VPN on the client side is simple.

That’s it! In the Settings.app, you will now see a switch to enable the VPN: 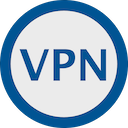 It turns out that building your own VPN server is much simpler than I expected. It is also really affordable with a price of 2.99€/month without taxes. I have been using this solution for several months with no problem.

If you enjoyed reading this article, make sure to check out my iOS and macOS apps!
For questions or feedback, feel free to reach me out on Twitter @timacfr.

Dependencies for macOS lets you explore the architecture of your app with an interactive graph and objectively measure its complexity.
Clatters for iOS lets you easily monitor in one place your brand, product or any other keyword on your favorite social networks - Twitter, Reddit, HackerNews and even comments on the iOS App Store.

Eimy develops consumer electronics and services that improve the lives of a billion users worldwide. Our Munich team is looking for iOS Engineers to help shape our state-of-the-art SwiftUI apps.